What is a Performance Bond?

A performance bond is a type of Surety Bond and like other surety bonds is a three party agreement.  The three parties are:

Let’s take a look at an example.  Let’s assume that the city of Glendale is wanting to have a road paved to provide a throughway through the town.  So, the town goes out and gets bids from a variety of different companies to pave the road.  They finally chose a company to pave the road, but then requires that company to get a performance bond.   The company that needs the bond is the obligor and the city is the obligee.

A commercial guarantee is a transaction where one party makes an agreement with another to indemnify him regarding the actions of a third person.  This is usually done on behalf of credit or faith in performance of a specific job.  This commercial guarantee should be distinguished from a surety bond agreement. 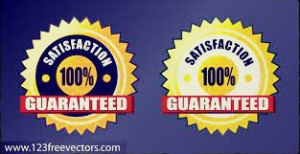 The main part of suretyship concerns sales in which a guarantee, or a letter of credit, create an incentive for the seller of good to let go of the merchandise for the benefit of the buyer.  This would include other dealings regarding negotiable paper (think – check).  Thus, the ability of credit to be worthwhile to the seller of goods, as well as be readily available to buyers, makes the entire economic engine go forward in a rapid and well-oiled manner.

In the early days, a letter of credit was drafted with the help of legal counsel.  However, with their widespread usage, the new guarantees were so accepted that an attorney was not necessary.  Further, most merchants had their own forms or were able to properly spell out the terms so that it would be held sufficient in the event of a dispute.

In addition, the early letters of credit did not require any notary requirement or other covenant to show their validity.  Instead, they were usually done in the manner of the trade in which they were used, including any local trade colloquialisms that would help interpret the meaning of the document.

How to Interpret Guarantee Contracts

It is without doubt that the interpretation of these guarantee contracts would have an enormous effect on the daily routing of commerce as they were used to help facilitate commerce without bulky money transfer.  Any interpretation would, therefore, be of the utmost importance to help in the understanding of how commerce would flow with regard to those types of contracts.

In general, the standard meaning of words are used to determine the proper interpretation of the contract, given both the time and place in which the contract was drafted.  Special attention was given, however, to those contracts that had special terms inserted into it and those terms would – in the event of a dispute – require additional verbal testimony by one of the parties to the contract so that it would be properly analyzed.  Unfortunately, there are always times when these ambiguous or specialized terms would have a specific meaning to both parties, which would cause the tribunal grief in determining the specific intent of the parties at the time the contract was entered into.

A general sense of equity also came into play during this interpretation.  It would, of course, be grossly unfair to allow the Guaranteeing party to get out of payment due to some poorly chosen words (especially if those words did not convey the meaning of the parties).  Conversely, it would be equally unfair to allow the Creditor to reap a reward if the words created a benefit that was not foreseen at the time that the contract was entered into.  Thus, the tribunal would generally review the guarantee in light of the entirety of the circumstances so that the terms of the agreement would be interpreted properly.

Although in most situations, the parties to a contract have a general “meeting of the minds.”  That is, each party understands the basic terms of the agreement and their duties under that contract.  In those situations, it is easy to tell by the actions of the parties their intent under the agreement (even if they later argue something else).  But there are situations in which the parties enter into a contract where they had differing intent.  In those situations, each party will interpret the terms of the agreement differently than the other party.  The ambiguous words in the contract hold differing meaning for the parties and, consequently, each party acts according to their intent.  In these situations, the contract is construed such that the generally accepted meaning of the words would prevail, even though one party would necessarily be hurt.  Sometimes, both parties are damages by this construction, but it is the only proper way to come to a resolution that would continue to help bolster commerce.

In a general guarantee, it can further be divided into two groups.  First, it can be on be utilized by all persons; that is, the guarantee is on behalf of a certain person as to all dealings on behalf of that person.  For example, the owner of a ranch could guarantee the actions of his main ranch hand (usually called a “boss”).  This guarantee would extend to all dealings by the boss.

The second kind of general guarantee is to guarantee all of the dealings of a person/entity in their dealings with another person.  This is generally used in most lending situations today.  In many business situations, the business enters into a deal with a lender.  However, the primary owner of the entity then has to give a personal guarantee on behalf of the entity so that the lender would agree to make the loan.  This general guarantee then allows for all lending situations between the bank and company to be covered.

Commercial guarantees are used to help facilitate commerce among a variety of differing entities.  These guarantees are construed so that the terms are those generally accepted in the community and, in case of dispute, additional testimony and the actions of the parties will prevail.  The guarantees can either be general or specific, depending on the needs of the businesses.

How much does a surety bond cost? A surety bond can be acquired through an insurance company and also through...
Read More

What Is Surety Bond?

What is a surety bond and what are its purposes? A surety bond is a type of insurance policy that...
Read More

What Are Surety Bonds?

How to define surety bonds? A surety bond is a contract between three parties: the obligor, the surety company and...
Read More

Why Are Surety Bonds Important?

What is a surety bond? A surety bond is a type of insurance policy that provides protection to a business...
Read More

What if a Performance Bond is Not Used?

What happens if you don’t use a performance bond? In short, your contract may be terminated and you could end...
Read More

Why This Is Important Most Bond Brokers Simply

Why This Is Important The majority of bond brokers just promote bonds, we develop them. Beneath the Miller Act, which...
Read More

An In Depth Study Of The Importance

An In Depth Study Of the Importance of a Bid Bond There's monetary threat pertaining to any kind of company...
Read More

What You Need To Know Most Bond Brokers

What You Need To Know Most bond brokers just market bonds, we develop them. Your insurance policy guy must have...
Read More

A Deeper Look At How Long It

A Deeper Look At How Long It takes to Get a Bid Bond The Surety Bond Assistance Program supplies technological...
Read More